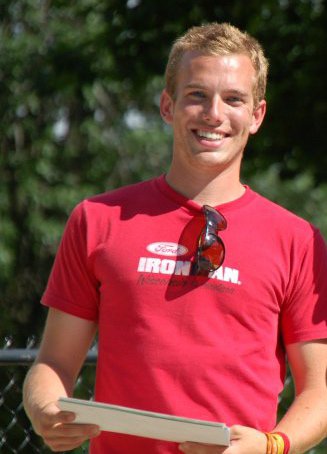 Would he emerge from the woods as a stereotype existing somewhere between Haight-Ashbury community organizer and Bill Maher fan club president?

Would our conversations about fantasy football be replaced with discussions about Jerry Garcia’s chord progressions?

Could he eat non-organic food?

I’d seen this happen before to high school friends who’d taken an internship in Teluride, Colorado, Bozeman, Montana and other environmental enclaves, returned home and despised any activity that didn’t involve “stompin pow” or “shreadin gnar”. Cynicism toward their prior norm seemed to be an unavoidable side-effect for those who went spelunking in the outer caverns of their comfort zone.

All these thoughts bounced through my head as I walked through the Wisconsin Union’s patented copper doors – was I going to be reunited with a friend or be introduced to someone entirely new?

As I turned down the hallway towards the terrace I saw Zach, clad in an unlicensed Michael Jordan T-shirt and sporting a beard that can only be described as neo-Gimli (is the A.T. on the road to Mordor?). After a hug and quick volley of wise-ass comments my apprehensions vanished – this was still the old Zach.

We continued to talk over pitchers of Spotted Cow, sharing the finer points of discretely defecating outdoors and I realized that while the Appalachian had shown Zach parts of himself and humanity he may have not known existed, these experiences didn’t change his essence. When presented with something monumental he embraces the wonderment of it, rather than exuding disdain towards the ordinary. This perspective is what differentiates his voice and his blog from the usual hiker’s fare.

Over the next two days I watched Zach field a menagerie of questions from individuals spanning the entire sobriety spectrum. Listening to responses to queries such as, “What did you miss most?”, “Did you get laid on the trail?” and “Can you rub your beard on my face?”, one thought kept circulating – I can’t wait for the book.

[editors note] Thanks again Jack, you rock. You can be first in line for it here.