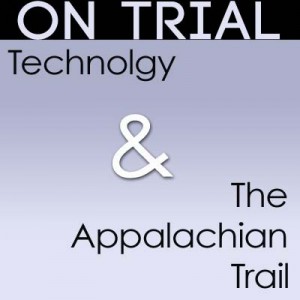 I recently received the following e-mail:

Considering that you had your iphone with you the whole time, I was wondering if you’d given any thought to how truly disconnected you were?  Or to how truly connected you were to nature/outdoors/the AT because you were listening to music and audiobooks while hiking?  I’m not judging, I’m just wondering what a different experience hikers from 10 years ago would have had with no option for those kinds of distractions or entertainment on the trail.

I don’t know if that was your intent while hiking (I came to the Good Badger late in the game), but was wondering if you’d thought about it.

One day, I hope to hike the AT.  It was on my to-do list for my early twenties, but life got in the way.

Congratulations on finishing, and I look forward to the book.”

Not only is this a fair point, but I’m guessing some of you have had this same question.   I feel as though this is an issue worth examining because as technology improves, becomes more mobile, more affordable, and universally accessible, it will only become more prominent on the trail, and thus a more polarizing topic.

The Appalachian Trail is a unique experience.  The physical challenge associated with a half year’s worth of hiking is unlike anything most humans would ever fathom.  But even more unique than the physical test of walking the length of the United States oldest mountain range, is the lifestyle that accompanies it.

We currently live in a world where we’re surrounded by screens.  At work it’s our computer.  At home it’s the television.  In the car, it’s our smart phones.  Tablets are now slowly making their way into the spaces in between.  Often times, we’ve got more than one of these screens occupying some fraction of our short attention spans simultaneously.  “What’s new in the news. Has anyone commented on my Facebook status. Oh yeah I have to send lizzy that video of 8 cats in a sink.” With an ocean of information and entertainment available at our fingertips at all times, it’s becoming increasingly more difficult to ignore the urge to consume.

The AT offers an opportunity for reprieve from the insanity.  The woods are a sacred place.  Silent observation breeds a level of serenity that cannot be found on Twitter.  If you can’t unplug in the company a baby black bear scampering up a tree, a moose drinking from a stream before sunset, or at the top of a breathtaking summit view, you aren’t only addicted to technology, you’re an extension of it.  Although the woods are far from a private club, there is an unspoken etiquette that if you’re going to be in the woods, be in the woods.

Let us begin by giving a proper definition of technology.

Technology – the making, usage, and knowledge of tools, machines, techniques, crafts, systems, or methods of organization in order to solve a problem or perform a specific function.

Keeping this in mind, all thru-hikers (ab)use technology.  Every year technology gets better at it’s intended purpose: solving problems.  This not only applies to iPods, cameras, Kindles, etc., this applies to every piece of gear a backpacker uses.  Today’s backpacker can carry three days worth of food with two liters of water and only be shouldering only 15 lbs on their back.  Just 20  years ago this idea was incomprehensible.  Gear gets more waterproof, more bug repellent, more durable, more breathable, etc.  Someone who hiked the trail in 1980 would take a look at a 2011 backpacker and think they were watching a science fiction.  People consume goo-packets for Christ’s sake.

The point is- technology serves a purpose.   There were those on the trail who would look down upon someone who carried a Kindle because they were relying on technology for entertainment.  This same individual would be carrying a tent that weighed less than two pounds in addition to the pair of books in their pack (an extra lb. over a kindle – a significant weight for a long-distance backpacker).  I didn’t see anyone building their tent out of twigs and mud in protest of technology.  The line seems to have been drawn somewhat arbitrarily.

But back to the original question, do I think that listening to music/audiobooks disconnected me from the trail at all?  Yes, when I wanted to be disconnected.  Let’s face it, thru-hiking the AT isn’t your average walk in the woods (no offense, Bryson).  There are parts of the trail which are dull.  There are parts of the trail which are redundant.  Spending consecutive hours walking through such terrain can quickly put a hiker inside their own head.  In moderation this can be beneficial.  Too much of it, and psychosis will result.  Some drank alcohol, some smoked pot, some drank coffee.  I opted for audiobooks.  I was every bit as disconnected as the person riding the caffeine buzz up the mountain.

Similarly, there were times where I’d opt for music when the scenery was neither dull or repetitive.  For me, music is art.  Listening to The Tallest Man on Earth didn’t take me away from my environment.  In my opinion, it merely enhanced it.  Enjoying the beautiful scenery around me while enjoying the audible wonder of my favorite albums is my favorite combination of drugs.

But the point is fair, one of my main purposes for going into trail was to disconnect.  I made conscious effort to do exactly this.  A lot of the books I was listening to were spiritual readings and/or meditative practices, which I practiced on a daily basis.

Could I have done a better job of refraining from technology on the trail?  Absolutely.  I remember standing atop of the mountain running around like a madman trying to get enough Edge Network to see if Google had e-mailed me back.  That said, my goal was to finish.  A strong mindset help me do that.  Eckhart Tolle helped me obtain this mindset.  My iPhone obtained Eckhart Tolle.  My iPhone helped me finish.

But the correct answer to the question of “should technology be used on the Appalachian Trail” is:

Hike Your Own Hike

The only debate about whether technology should be used on the AT is: “should I use technology on the AT?”.   Any other question is extraneous.  Unless someone is carrying a boombox on their shoulder, blasting the latest Gaga jam, then their use of technology has no effect on your hike (because the involuntary dancing would slow you down).

No two hikers are going to walk 2,181 miles in exactly the same way.  Why?  Because it’s tough as shit, you have to cater to your own needs.  I didn’t blame those who went from town to town treating themselves to hotels and steak dinners.  I didn’t blame those who spent 85% of their hike high out of their gourd.  That’s what helped them finish.  And if they finished, they should be proud of it.

The only universality amongst all thru-hikers, which I think we can all agree on, is the need to read the upcoming this book.