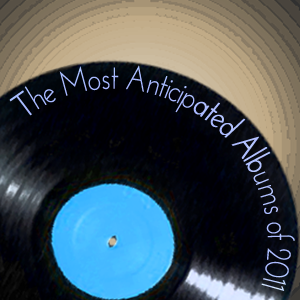 So I’ve told you in the past that this wasn’t a music blog.  I want to reiterate this: this is not a music blog.  There is already a Los Angeles size traffic jam of superb music blogs in existence.  I both admire and envy these writers’ endless insatiability for discovering music that inspires.  I will stick to what I do best (getting pelted in the head with hardcover books).

This post, however, is a music post. Multiple personality disorder is one the Good Badger’s most redeeming qualities.  If you’re not a music person you can either a) bypass this post or b) bypass this post and later tell me that you read it to avoid witnessing me cry in public (it’s embarrassing for all involved).

Because I will be avoiding reality for a half year, I need to squeeze all of my music juices out here (gross).

And let me tell you, you guys are in for a real treat, because I’ve called upon some of my favorite music minds to help make this post happen.  I’ve contacted four different music gurus to sift through the long list of albums due out in 2011 and asked them each to whittle it down to their top three most anticipated albums for 2011.  I will then include three of my own just to make sure this post isn’t too good (you guys wouldn’t recognize the site if I didn’t water down the quality some).  I now present to you:

The Most Anticipated Albums of 2011

The first list comes from our friends over at Owl and Bear, a kick ass, San Diego based music blog.  O&B has an impressive list of original interviews with some prominent bands including: Edward Sharpe and the Magnetic Zero’s, Beach House, Local Natives, and Sleigh Bells, among many others.  I’m a big fan of their work – you should be too.

Owl and Bears’ Top 3 Most Anticipated Albums of 2011

Ever since their debut, 2003’s Keep On Your Mean Side, The Kills have burned brighter and hotter than damn near any band out there. 2008’s Midnight Boom proved that time has done little to dull that flame, and their forthcoming fourth album should continue in that scorching tradition. Even if we have to put up with the occasional Dead Weather album or two before Alison Mosshart returns to her rightful place alongside Jamie Hince, The Kills have proven time and again that it’s a price worth paying. (Chris Maroulakos, Owl and Bear)

Can you believe it’s already been 8 years since the grandiose perfection of The Meadowlands? The New Jersey four-piece might not be the most prolific band around, but damn if they don’t make every moment of every release count. Every unreleased album from The Wrens tends to dwell in a land of Chinese Democracy-like uncertainty, but assuming this thing actually does get released in 2011, it should be impossible to overlook. (Chris Maroulakos, Owl and Bear)

After the sudden success of Fleet Foxes’ debut LP in 2008, the Seattle band took something of a break. With the world clamoring for more, more, more pastoral pop, this may not have been the best business decision, but what choice did the band have? It can’t be easy to write song after perfect song, and it probably takes a caseload of chamomile for Robin Pecknold to get his vocal cords ready for 9-part harmonies. According to Pecknold’s Twitter page, Fleet Foxes’ new album has been completed, with details TBA. My prediction: the band will either pick up right where they left off, or you’ll want to punch Pecknold for being so damn sweet. (T. Loper, Owl and Bear)

Next, I was ecstatic to learn that Mitch Bandur, founder of Slow Fizz Records, was interested in taking part in this post.  It then dawned on me his participation was merely a result of well-aged guilt from burning an eight-inch gap into our apartment carpet (lesson learned: don’t ever live with rock stars).

Bandur, one of the insatiable music enthusiasts I refer to in the post’s opening, has personally exposed me to more great music than any other person/website in my 25 years of existence.  Readers of this site are better for reading a few paragraphs of his wisdom.

Repetitive grooves, riff heavy. Last year’s “Lux” was great and this one is supposed to be the band’s best yet.

2) Dirtbombs: Party Store [In the Red]

The Dirtbombs are one of the best bands ever. This record will be a challenge – it covers a bunch of Detroit techno classics from the 80s and 90s. But Mick Collins may know techno better than soul and that’s saying a lot considering how much Ultraglide in Black killed.

12″ leads to EP leads to full length. This should realize everything the Wooden Shjips guitarist has hinted at on previous songs. Can’t wait to see where it takes us.

The next submission comes from Morgan Witt of StrictlySocial.com, an “electronic and dance music blog built and maintained out the of pure passion for DJ culture.”  A popular San Diego based DJ in his own right, Witt’s site provides excellent insight on the local San Diego DJ scene.  As someone who eats, sleeps, and breathes all things dance music related, I was surprised to see that Witt’s picks were exclusively acoustic folk.

A headlining appearance at Coachella 2011? Performing left over TRON: Legacy material under the moniker, The Third Twin at an upcoming Spanish music festival? All hot topics these days. What we do know is that Thomas Bangalter and Guy-Manuel de Homem-Christo have already started generating some new Daft Punk material. Always exciting to see what these guys do next.

Word is that MCA, aka Beastie Boy Adam Yauch, is doing very well but is still fighting off the cancer he discovered last year. The first of the two part “Hot Sauce Committee” albums is still delayed but they are going to go ahead with second release in the Spring, “Hot Sauce Committee Pt. 2.” As an added bonus, Yauch has also written and directed a forthcoming short film called “Fight For Your Right Revisited.” Seth Rogen, Will Ferrell, John C. Reilly, and Jack Black. Nuff said.

Hip-hop’s “Chinese Democracy” as many have deemed it is finally due to see a release in Q1 (we think). Do good things really come to those who wait? We shall see.

Next, we’ve got Brandon Pacyna, event planner/promoter by day and manager of Chicago-Indie/Folk outfit Cousin Dud by rest of the same day.  I was worried about including both Pacyna and Bandur in the same post, because to me, they are the same person.  It was early 2008 when I got a tip from Brandon recommending that I check out a cool stop motion music video from what he thought might be a pretty big Indie band.  It was less than two years later where that same band’s second album became the first independent label to debut #1 on the Billboard 200 (maybe you’ve heard of Vampire Weekend?).  Good call.

1) Noah and the Whale – Last Night on Earth

Ironically, First Days of Spring, Noah and the Whale’s 2009 full length release carried me out of summer and into fall, whereas their anticipated 2011 release, The Last Day on Earth is the album I plan on using to scrape the ice off my frozen attitude so I might see another day of spring. NATW bring conscious lyrics and expansive pop together in a way that can brighten up any day… or season in my case.

I’m always ready for Sam Beam to expand on his wispy, folk styling and try something bigger. I’m always ready because he’s proven he can do it without sacrificing what drew me to his music in the first place; lyrics with purpose and music that moves me no matter how stripped down or filled out. Kiss Each Other Clean aims for a bigger sound and I hope they hit their target.

Last but clearly least, is my thoughts.  Unlike the knowledgeable folks you read above, I have no information about the specific albums being released, but am instead making bold predictions based purely upon charting previous works.

the Good Badger’s 3 Most Anticipated Albums of 2011

Fleet Foxes debut album Ragged Wood is one that I’ve tried tirelessly to murder by repetitive over playing, with no success.  It’s too damn good.  If ecosystems had soundtracks, Ragged Wood would undoubtedly be playing in mountain forests everywhere.

Best. Live. Band. Ever.   (disclaimer: still have yet to experience Radiohead)

Their studio stuff is also great, but I after seeing them live, I’m incapable of separating the experience from the sound.  My unfiltered bias has infected this list.

There seems to be two very different Radiohead camps amongst fans.  Old school versus new.  There are those who will get into a physical confrontation defending OK Computer, and those who will do the same for In Rainbows.  I fall into the latter of these two groups.  It should come as no surprise then that I’m both expecting and excited for their newest album to pick up where the previous left off.

I look forward to dissecting all of the above albums in October when my beard looks like a scientific diagram of chaos.

A big thanks to all of our awesome contributors.  It’s a refreshing change of pace to have actual expertise on this site.