You should definitely pay attention to this post if you are:

1) Planning on doing any sort of extended backing packing trip in the future, and

You can still pay attention if you are only one or none of these things, but you have less to gain (other than a sense of superiority over Badger).

So in the “Rolling with the Rocks” post, I lightly detailed some of the longer term physical ailments I had been battling. Admittedly, I had underplayed the degree to which I was suffering.

Starting in approximately mid to late May, when northern Virginia was hit by an unseasonable heat wave, I really learned that the Appalachian Trail is a three season sport. The temperatures during this stretch got into the mid 90’s, with the heat index (the feeling outside according to human skin) reaching into triple figures. Although it has cooled off a bit since, our average day has been in the mid to upper 80s.

A little biological background on Badger: I am a sweaty dude (I think it’s all the hair?). After going for a run, I have been questioned on multiple occasions if “I had just jumped into a pool, or something?” No. I perspire the same way I do most things in life, excessively and intensely.

So what happens when you put a 30 lb pack on a professional perspirer, tell him to walk up a mountain, and the outside temperature feels like 100 degrees? Funny you should ask- I will tell you.

Well for starters, a hospital visit.

For two consecutive weeks, I was battling a fairly severe, near constant headache. Add to this a decreased energy level and general feeling of being down. I was exhibiting symptoms of lyme disease, my biggest fear going into this journey. The blood test from my hospital stay came back negative- no lyme disease. The doctor guessed that perhaps I was suffering from mild dehydration, but to seek help if the headaches didn’t go away in a few days….

A few weeks later, and not only were the headaches stronger but my vision started to get blurry- I was having an inability to focus on anything for much of the day. Additionally, I was experiencing inexplicable fatigue. In Virginia, I would do 20-24 miles in a day, and feel fine rolling into camp. In Pennsylvania, and through much of New York, over some of the trail’s flatest terrain, I was completely spent after 10-12 miles. I was altering my diet; eating less made me feel bad, so too did eating more. During the first month of the trail, I could eat a 2,000 calorie meal and walk away feeling light as a butterfly. During this stretch, my body seemed to stop digesting food altogether. What in the shit was going on?

In my head I had written off dehydration (I was now drinking 6-8 liters a day), diet, and lyme disease- but I was still having chronic headaches, and now vision impairment and lethargy.

The only solution I could come up with was a brain tumor.

Back to the hospital.

This time I get a blood test, urine test, tested for several different tick bites, and had a CT scan.

Turns out it was severe dehydration (kind of anti-climatic- I know).

I told the doctor I was drinking 6-8 liters of water a day, he explained that it didn’t really matter. Because I was sweating so much, I was loosing a lot of salt and minerals along with the water. Replacing the lost sweat with only water can actually do more harm to your body than good (seriously body, suck it). He suggested eating packets of salt throughout the day and to drink to the point where I have to “wake up to piss in the middle of the night”. He pumped me up on a saline solution IV, gave me a few pills (that’s what doctors do), and sent me on my way.

I have since followed his advice religiously. I intake multiple packets of salt throughout the day and drink to the point where I’m borderline obsessive. I have also added some more electrolye supplments and vitamins to guard against spending any more time at the damn hospital (needles make Badger pass out).

In the past week I have done multiple 25+ mile days through Connecticut, Massuchusetts, and now Vermont (some of the toughest terrain to-date). There are periods of the day where I am literally doing a light jog uphill. Yesterday I arrived into town after a 21 mile day three hours earlier than I had planned. I felt better during the last mile than the first.

Not only are these days easy, but they’re back to being fun again. I move quickly not because I’m eager to be done, but because that’s what you do when you feel awesome. I plug my iPod in, kick up the new Bon Iver jams, and before you know it I’ve covered six miles in what seems to be the blink of an eye.

I write this post not because I think the status of my energy makes for an interesting read. I write this post because I hope that future thru-hikers can learn from my folly. For nearly a month, I feel that much of the joy from this journey was diminished by a problem with a simple (albeit not an easy) solution. The saying goes, “it’s not the number of miles, but the number of smiles”. Well, try smiling with a headache- I dare you.

If I can reccesitate even one more smile that otherwise would not have been, my job is done. 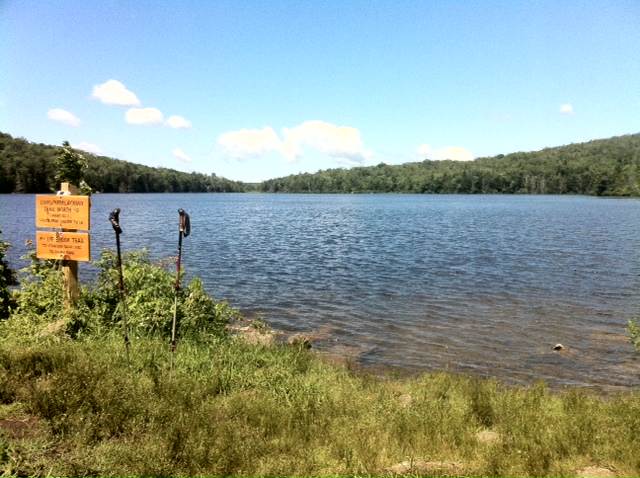