The White House Correspondents Dinner has been a source for entertainment over the last few years.  First, it was Colbert tearing George W. Bush apart, from 10 feet away, in front of a large national media.  This past Friday, John Hodgman, a correspondant for The Daily Show and the PC character on the infamous Apple commercials, gave an equally entertaining speech (okay, maybe not as good, but close).  In case you haven’t already seen this. 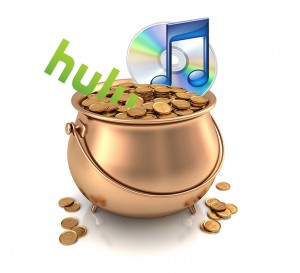 Traditional commerce is dead.  As a quick reminder, the model went a little something like this:

Sprinkle in some marketing, and you’ve got yourself a business.

Those were the days. END_OF_DOCUMENT_TOKEN_TO_BE_REPLACED

Yesterday, I successfully ran 26.2 miles.  Today, I will not get out of bed.

There are two general lessons that I gathered from this experience:

My training period was roughly 20 weeks shorter than what most programs call for.  I figured that I could push myself harder in the truncated period to compensate for lost time.  I compare it to starving yourself in place of eating a healthy diet.  Much like someone with anorexia will lose weight, but will also damage their kidneys, lose hair, and put themselves at risk of osteoporosis in the process; I finished the race, and have probably done irreversible damage to my menisci.  The point is, there’s a right way to do things in life.  I didn’t do that.

2)  The Power of Determination

Despite a serious lack of preparation, I accomplished what I set out to do.  My body decided it was done moving at about mile 22, but unfortunately for my legs,  my mind was the one calling the shots yesterday.

The night prior to the run, I had spent six hours performing manual labor at work, and followed that with less than 4 hours of sleep.  I started the race feeling about as fresh as I would after a 8 mile run.  If it were a training day, I would have opted for rest knowing that running would only do more damage than good.  Unfortunately, this was the day of the marathon.  I had already told people I was going to run a marathon.   I wasn’t just fighting my body, I was fighting expectations.  Soon after crossing the finish line, as the determination loosened, my body started to give into its own sensations.  I began feeling nauseous, light headed, and had difficulty supporting my full body weight.  Basically I was dying.

We’ve heard the cliché “mind over matter” so many times that its meaning has been compromised.  Yesterday, more so than ever, I learned its significance.  In fact, I learned that lesson #2 is more valuable than lesson #1.  I don’t recommend taking shortcuts in life.  Had I trained properly and been determined to run more competitively, I would have finished with a better time and  still be able to walk today.  But I was able to offset preparation with determination.

I think the next time I try something along these lines, I will combine the two.