Why Cat’s are Glorified Invisible Friends

Growing up, I had the best friend any little boy could ask for.  His name was Wesley, and he was awesome.  Wesley and I were inseparable.  When I would play Nintendo, Wesley was there.  When I would play Sega, Wesley was there.  When I would play Gameboy, Wesley was there.  I’m not sure if it’s because I was so great or because he was such a good friend, but I would always win.  It didn’t matter what the game was, he always seemed to come up short in the end.  See, when I lose, I’m a really poor sport.  I tend to flip the monopoly board, accuse the other person of cheating, deal a passive aggressive insult, and storm away.  Not Wesley.  Usually after losing, he would go out of his way to compliment me, even if it wasn’t relevant to the situation.  “Good job winning in basketball, you’re really handsome”, “It’s hard to beat you in Donkey Kong because you’re a genius” or, “Oh man, you beat me in a dead sprint up the stairs again, you should be president.”  Wesley and I were total BFFs.

Then one day, everything changed…. END_OF_DOCUMENT_TOKEN_TO_BE_REPLACED

Watch this video, then meet me down below.

See why I spend so much time loving Google?  1 GB/second Internet connections?  Lady Gaga on ChatRoullette never looked so good.

But I would like to point out a great pitch made from my former home, Madison, WI, as the lucky recipient of the magical Google Fiber.  The pitch can be found at the Powered Green Blog, home of the green laptop.  If high transfer speeds can remedy intolerable winters, I might be moving back…

For those who have a hard time remembering z+r+davis+.+com, I’ve made your life much easier.

This is just the first step in my masterplan of world domination.

Today, Sarah Palin sent out a Facebook note titled: “Don’t Get Demoralized! Get Organized! Take Back the 20!”

While I don’t particularly share her stance for the GOP to take over the 20 House of Representative seats up for re-election, I have no problem with her encouraging her following to vote this way.  She’s simply exercising her first amendment.  You go girl.

So, why then would I say something along the lines of: “Sarah Palin is a dangerous, heinous bitch“?  Actually not “along the lines of”, I mean exactly that. END_OF_DOCUMENT_TOKEN_TO_BE_REPLACED 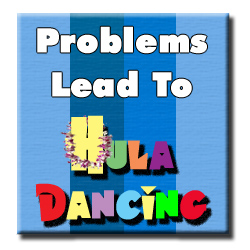 Anyone who works in an office knows, the shared bathroom can turn into a real stink-a-palooza in the morning (the coffee hours).  Every day, when I venture into my office’s restroom, I mentally prepare myself for the worst possible olfactory scenario to ensure that I’m not ever caught off guard.  Most of the time, the situation is fine.  Othertimes…..

Despite Fox News’ best efforts, last night the long awaited/debated/false information circulated, health care bill passed.  Still to be determined is if this bill will be the catalyst for change that we’ve been promised over the last few months, or not, but I do feel confident in saying: Barack Obama is not going to euthanize your grandmother. END_OF_DOCUMENT_TOKEN_TO_BE_REPLACED 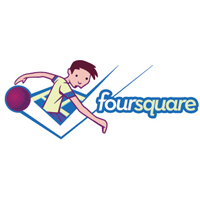 You have exactly 8.5” x 11” to separate yourself from the pack of other highly motivated candidates.  What are you going to do?  Find a sleek template online?  It’s an advantage over people who’ve never used Google (infants and those older than 90).  I’m guessing you’ll highlight your achievements.  But, chances are, you’re only distancing yourself from the latter half of the pack, not your real competition.  Also, employers have good reason to believe that people lie on their resumes.  Now what?  Unless you’re the president of the Harvard Law Review, you’re resume will only get you so far. END_OF_DOCUMENT_TOKEN_TO_BE_REPLACED

Not too much ambiguity with this title.

To confirm an earlier post, about alcoholism and the Midwest…

Take a look at this map: 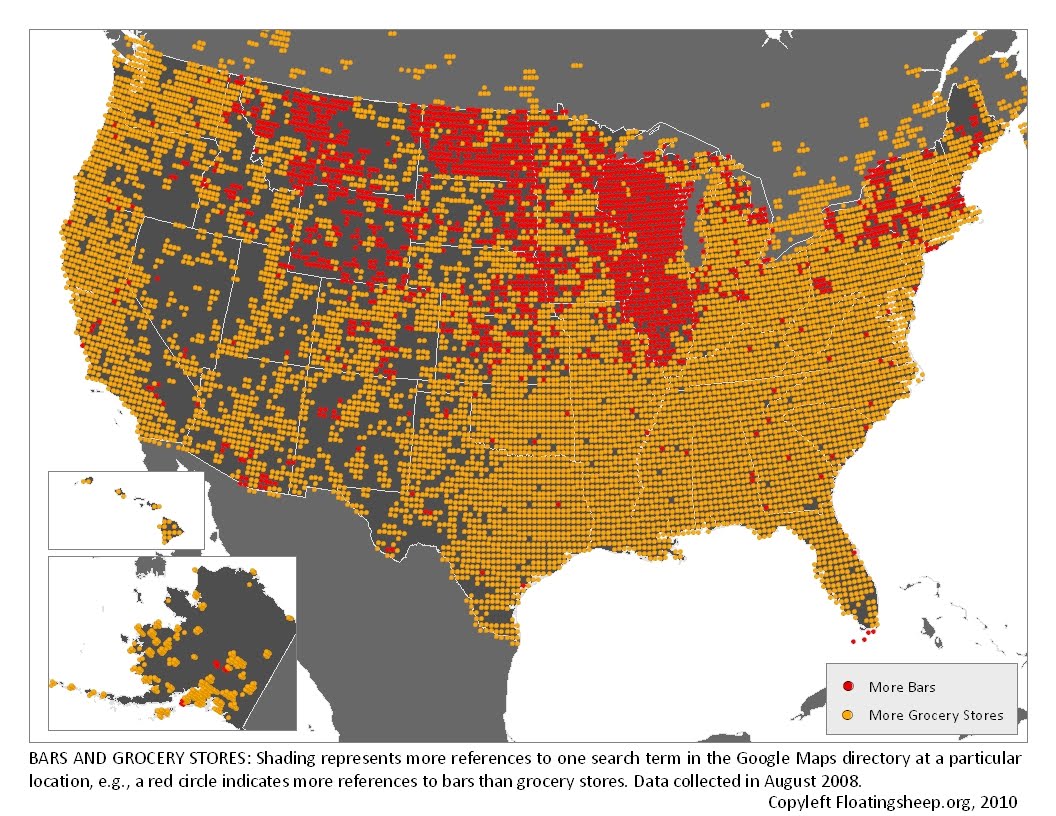 (Thanks to Flowing Data)

In this picture, the red dots represent the areas where bars out number grocery stores.  These dots nearly trace the Wisconsin state line perfectly.  Notice how Madison, WI appears to be at the epicenter of the sea of alcoholics red (probably no coincidence in their color selection).   I’d be willing to bet that in some areas of state, the bar per capita ratio reaches above 1.0, but unfortunately I have no science to back that up (only four years of experience).

At least they haven’t named their professional sports teams after drinking.  Oh, wait….