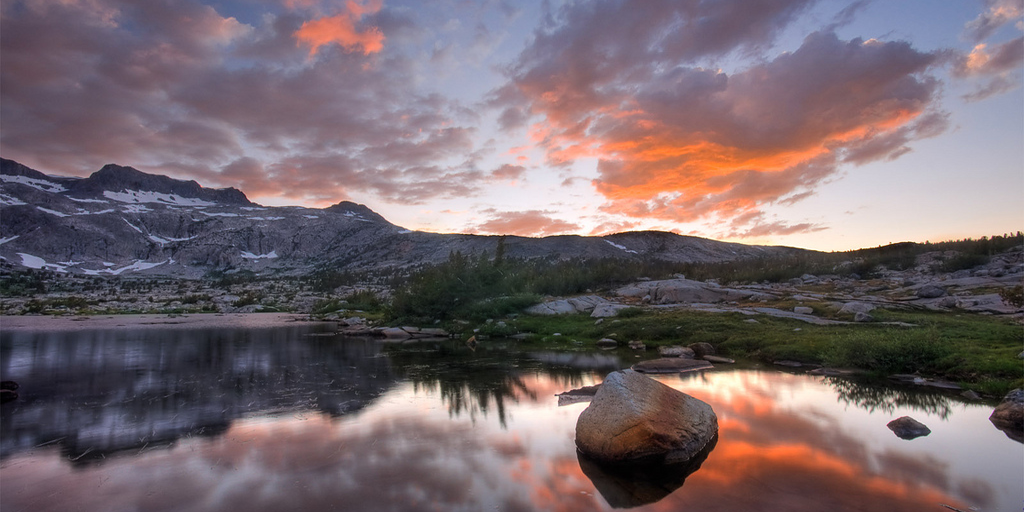 Warning: the following post uses the f-word (fuck, not filibuster) 15 times.  If you’re looking for some wholesome reading, you’re fuck out of luck.  Make that 16.

Most people in this country don’t backpack, and quite frankly, that’s a good thing.  Backpacking is rewarding in large part because of this fact- it’s where you go to get away from the masses.  Add to this some beautiful scenery and a dash of exercise, and you’ve listed all the reasons why someone might enjoy this combination sport / hobby / lifestyle.  Right?

The reasons to love backpacking are nearly limitless.  The below offers just a few of my favorite.

When you wake up in the morning, what’s your first motion?

If you’re anywhere near as big a piece of shit as me, it’s toward your phone.

It’s a bad habit. I’m aware of it, but since these neurons fire so consistently in this pattern, it’s nearly-impossible to break.

A healthy routine would consist of a couple minutes of silence to slowly and consciously enter into the day.  Perhaps a couple of yoga exercises.  Maybe some meditation.

But no, before the lights flicker on in my brain, I’m balls deep in email and Tweets.  This sets the tone for the ADHD circus of self-inflicted distractions that can (and regularly do) dominate my day.

Backpacking doesn’t present me the option to be this piece of shit.  Getting lost in the mountains has a way of grabbing me by the shoulders, bitch slapping me and saying, “here and now, asshole.  Here.  And.  Now.”  After only a couple of days, the circus in my brain dies and peace fills its void.

This really could be broken down into two separate reasons: 1) your cool-as-fuck friends and 2) the cool-as-fuck strangers.

The first hurdle when it comes to backpacking also happens to be the biggest, and that is trying to convince someone why the fuck they would want to go backpacking.  On paper- beer, music, pizza, movies, parties, etc. seems like a much more enticing way to allocate free time.

Saying, “yeah, but, we can go into the mountains, and just be,” is a surefire way to lose friends.  Unless of course, your friends are cool-as-fuck.  Then they already know that backpacking is like a party without all the unsavory byproducts.

After a weekend of partying, you battle a three day hangover that leaves you capable of little more than consuming the latest American Idol ripoff in the fetal position on the couch.

After a weekend in the mountains, you’re refreshed, inexplicably chipper, and inspired to start engaging in more activities that don’t actively hemorrhage your soul.

Backpacking is bliss and those who will join you on this endeavor are by definition cool-as-fuck.  Do not take these friends for granted.

And when you’re backpacking through a more popular area, like the Appalachian Trail, it’s all but guaranteed that you’re going to run into cool-as-fuck-new-people.  This is a self-selected group of humans who understand that stripping your life down to 25 lbs + 6 oz of whisky is really stellar way to pass time.  Chances are, these people have stories to tell.  They’ve been places.  They’ve seen shit.  You are privileged to share a campfire, shelter, or flask with these folks.

These strangers could be 20-something nomads who work odd jobs and don’t yet know their next destination.  They could be a family of four who lives in the ‘burbs in a two story house with a white picket fence and a yellow lab named Bella.  You will run into the full spectrum of people when backpacking and they have almost nothing in common EXCEPT that they’re all cool-as-fuck.  Backpackers come in all shapes and sizes, but only one flavor: cool-as…okay you get it.

In other words, if you want to visit a place where the only cream of the crop play, go backpacking.

The rat race has a way of imposing a false sense of importance to events that really aren’t important. We let our thoughts meander from one obligation to the next, bouncing around like a pinball on the board of stress.  We get so caught up in our own theater, that we forget to take a step back and look at the bigger picture.

If you ever start taking things too seriously, just remember that we are talking monkeys on an organic spaceship flying through the universe. – Joe Rogan

The bigger picture is that perception is reality.

Sure, you could be weighed down by your seemingly endless student loan payments or credit card debt.  Yeah, your boss is an idiot and the forecast for your job is a dead end.  That’s one way to perceive your situation.

Another is to appreciate that you have access to clean drinking water.  You live in a world with iPhones and Chipotle.  For fuck’s sake you’re probably reading this on a device that’s worth more than the gross annual income of an entire family in Liberia.

Backpacking has a way of bringing this bigger picture back into focus.  A few days stripped of the clutter and all you’re left with is a pristine landscape, a cocktail of endorphins, and an innate understanding that life is good.