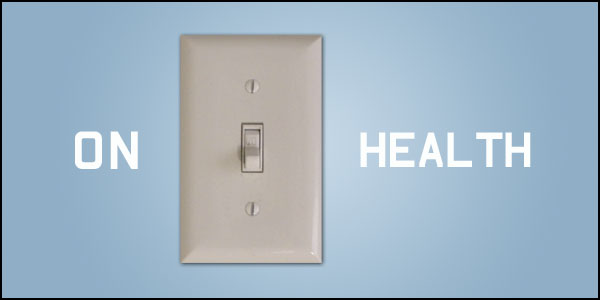 Remember wayyyyyy back in February when I moved to San Francisco to embark in a new chapter of my existence?  Well much like the construct of Appalachian Trials, this chapter was pithy.  And now, like my favorite movie starring a golden retriever, I’m Homeward Bound (sorry Air Bud).

In many ways, the past nine months has been the most exciting, fulfilling, and surreal period of my life.  I published a book.  People didn’t hate it (including one of my idols).  I’ve crossed public speaking off the “gives violent diarrhea” list, and instead added it to the “am moderately comfortable” file.  Hell, I got to give a half hour Appalachian Trail presentation in front of Tony Hsieh (the CEO of Zappos & billionaire mastermind behind a massive rebuilding of Downtown Las Vegas).

I had the privilege of entrenching myself in a city brimming with culture, technology, ubiquitous intelligence, and world class restaurants.  And my personal favorite, I got to live in an area of the country whose beauty is second to none.  Northern California is hands down the best backpacking country I’ve ever been exposed to; Yosemite, Emigrant Wilderness, Big Sur, Big Basin, Mt. Tam State Park, John Muir Woods, Salt Point State Park….you are immaculate (AT still has a monopoly on my heart-space however).

All this being said, 2012 has been, by far and away the most challenging year of my life.  The sole cause being my health.

As you may already know, while on the AT I contracted a rare (although increasingly more common) mosquito borne illness – West Nile virus.  During this time, I battled intense headaches, blurred vision, confusion, fatigue, and irritability [less commonly known as FYFNRS (fuck you for no reason syndrome)].  I wrestled with these symptoms on and off for the better part of the last 1,000 miles.  Although not ideal, I was comforted with the idea of resting and healing upon reaching trail’s end.

Although the symptoms are less intense, they still persist.  Some weeks, I’m a normal dude with good health.  Other weeks, there’s non-stop tension in my brain.  In these instances, I genuinely am not myself; the “Zach Davis” part of my brain is rust-ridden.  There are days where I have to fight to get out of bed after 10-11 hours of sleep.  I regularly avoid social activity out of fear of being too far from a comfortable area where I can lay down and meditate/sleep the discomfort away.  This has been going on for more than a year with little reprieve, it’s taking a serious toll on my quality of life.

This is not a woe-is-me Tumblr-rant.  Instead, this marks the beginning of a tremendous opportunity.

“Challenges are opportunities for growth

I could’ve just as easily entitled this section ‘everything happens for a reason,’ but there is often a loss for what that reason might be.  In my opinion, this frame of mind more clearly highlights the opportunity that can result from your obstacles.  For me, this point was the single most important strategy in overcoming challenges.  I want to emphasize this point.  This isn’t a tactic only for enjoying yourself on the Appalachian Trail.  This is a tactic for making life your bitch.

As you probably guessed, this is an excerpt from Appalachian Trials.  I reference it not because it’s the most ego-centric thing possible (is it?), but instead to demonstrate that I’m putting my money where my fingers hit the keys.  This is my next opportunity for growth.

And I don’t want to come off as some positively charged robot.  Nothing could be further from the truth.  For the last few months, I’ve felt sorry for myself.  It’s easy to do.  There were a shit-ton of questions- and no answers.  “Why?  Why the fuck?  Why the fuck won’t this stop?  What’s the most sadistic way to mass murder mosquitoes? Why are there two American Idol’s? Etc.”

In other words, I was asking the wrong questions. I have now settled on the three that matter:

2) How can I not only stop the symptoms and improve my health, but reach new heights of physical and mental performance?

3) How can I impart this wisdom to benefit others?

I have other questions, such as: is West Nile virus even the cause?  A visit to an infectious disease specialist in July revealed that I have been harboring giardiasis in my gut for a long while- likely since the Trail.  Some anti-biotics took care of the parasite, but alas, not the headaches.  This opened new doors in my mind.  The literature on WNV is thin, and after much research, I have added to the list of theories as to what’s happening.  But that’s neither here nor there…  What matters is that I’m determined not only to improve, but to ultimately use this as a catalyst to reach peak performance.

In 2010, this website dealt with important matters ranging from cat infographics to videos featuring cats.  In 2011, it was about a 2,181 mile footpath. Although the subject matter changed, it was consistently a peek inside the chaos that is my brain.

What I’m trying to say is: the Good Badger is about to take a trip down the rabbit hole of super-human health.  I hope you’ll join.