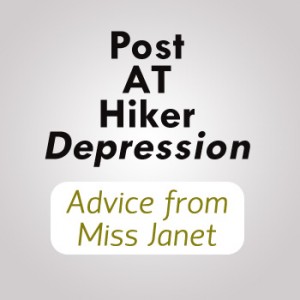 It was July, 24 2011, a group of 20+ hikers huddled around a large picnic table in the backyard of the Happy Hiker’s Hostel in Glencliff, New Hampshire.  The night’s menu offered home-cooked meatloaf, grilled corn on the cob, mayonnaise-rich pasta salad, coleslaw, homemade buns lathered in liberal amounts of butter, and of course Miller High Life (obviously).  We were shoveling plate after plate of the delicious homemade fare directly into the deepest part of our throats, as if we unlearned the lost art of chewing.  A week of consuming only Ramen has that effect on people.

We were fortunate this evening for the home-cooked meal.  The typical hostel culture leaves a hiker on his/her own to walk or catch a shuttle to the nearest restaurant; the Happy Hiker Hostel is usually no exception.  This evening, however, we were graced with the presence (and culinary skills) of Miss Janet.  Miss Janet is an Appalachian Trail celebrity.  I remember my first week on the trail, a fellow hiker (who I had never conversed with), came up to me and excitedly said, “did you hear that Miss Janet is hiking the trail this year?!?”

Apparently that was a dumb question (I’m good at those). A legend of the trail (objectively speaking – she is featured in the documentary “Trail Angels”), Miss Janet has been involved with helping AT hikers since she was only 13 years old.  Miss Janet’s hostel in Erwin, Tennessee was regarded as arguably the best hiker hostel on the entire AT (in competition with over 60 others).  Some hostels are known for their cheap price, some are known for the quality of their setup, Miss Janet’s was known for, well Miss Janet.

We were in the midst of throating said meal, when Miss Janet chimed in, “hey y’all, I know you’re enjoying your dinner, but I’ve got a couple important points I need to get across to you.”

The first – after we get off the trail, expect to get fat.  We laughed and quickly nodded in agreement.

The second aroused a change in her tone.  As she grew a bit more somber, Miss Janet began to discuss what was a common post-trail scenario in her observation, hiker depression.  It was at this point you could look around and see 20+ contemplative hiker faces.  She had struck a chord.  Many had probably anticipated, but not yet directly confronted this truth (I know I did).

Although I had heard some word about post Appalachian Trail hiker depression during my stint on the trail, I was unsuccessful in finding any concrete information or advice on it online.  I asked Miss Janet if she would be willing to discuss this topic a little bit more in depth on camera, so I could share it with you guys.  She obliged.

In Appalachian Trials I go into a lot more depth about hiker depression, the various stages you can expect to go through (based both on my own experience and what I’ve gathered from talking to my fellow thru-hikers), and most importantly what hikers can do lessen the blow of coming back down to earth and speed up the recovery process. 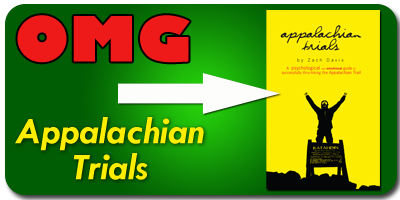