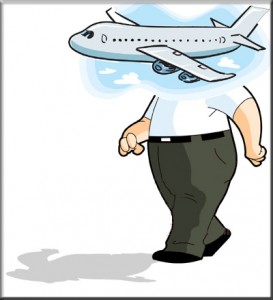 When you think about it, the intricacies of what an airplane goes through during the average flight is pretty incredible. First it has to taxi around the runway for what feels like a full day, accelerate to speeds to generate lift from the ground, continue ascending to a manageable altitude, remain at a constant cruising speed for the majority of the flight, angle itself downward to approach a runway from 6 miles off the ground, and land an enormous aircraft at extremely high speeds on wheels that look to be the size of Fruit Loops on a large cereal bowl sized body (it’s amazing I’ve made it this far without using a cereal analogy – my favorite type). This is only a basic summary of what a commercial airplane goes through on a regular basis, and it’s pretty unbelievable. What’s even more unbelievable to me, is with the exception of taxiing, the remaining tasks can be fully automated. Basically a giant robot can take you from Los Angeles to New York in just under six hours. There’s a human on board to slowly move you around a crowded airplane parking lot, or in the rare instance where you need to land in a river; but in most cases, he/she is often just along for the ride.

This post is not about airplanes. I know as much about aviation as the average American knows about Cricket. It’s about being on autopilot. Human Autopilot.

We’ve had it drilled into our heads that the only way to get better at something is with practice. Unless you’re a steroids salesman, you probably won’t disagree. Over time, the more we repeat an action, the fewer mistakes we’ll make doing it, thus breeding improvement. If we dedicate a measly 10,000 hours to whatever it is we’re practicing, we’ll completely master it (according to Malcolm Gladwell).

The reason that practice is so necessary for improvement is because any routine becomes easier over time. It won’t take the same amount of concentration to accomplish the same task a week from now if you practice the routine often enough. Your brain begins to recognize patterns and will develop deeply embedded associations. Your attention can wander and proper neuron firings take control. In other words, it develops the formula to successfully run in autopilot.

Obviously if you can combine focusing your attention to the right areas and using the practiced routine you’ll get better faster and have a higher ceiling for success. This, in large part, is what separates those who are good and those who are great (Karl Malone vs. Michael Jordan).

But, since many of us don’t have to keep our attention sharp, we let much of our day run on autopilot. When I wake up in the morning, I’m stepping out of the shower prior to having any conscious thoughts. When I walk to the kitchen to prepare tomorrow’s lunch, usually by the time I get to the fridge I’ve forgotten the purpose of my trip. Instead I take a swig of Trader Joe’s grapefruit juice and will be lunchless at work the next day.

Unless you’ve developed some really terrible habbits, there’s nothing inherently wrong with working on routines. Instead, the recipient of the disservice is the one caught in the mindless cycle. The creative part of the brain will diminish as it is no longer being used, much like how a muscle will shrivel if neglected. This is why when people push themselves into uncomfortable situations they often will say, “I really learned a lot about myself”. This is not some cliché of indepence. Being in the situation in several instances in my life, I’ve learned its value. The uncomfortable situation is one in which you have very little to no experience with, and therefore have developed no pattern for. Instead, you use the full extent of your attention to make sense of the world around you. This act stimulates an area of the brain which may lie dormant in many of us much of the time.

“You can’t teach an old dog new tricks”. We obviously don’t carry much faith in a canine’s ability to separate its attention from its practiced behavior. That’s fair, that’s why we love our dogs. We train them with positive reinforcement that abundant attention is good when we feed them under the table and use positive punishment when we yell at it for pooping in the kitchen. We like our dogs as companions, and also because they’re creatures who obey our demands. When we live our life in a routine, the only thing that separates us from our dog is the fact that we pay taxes.

Make it a point throughout your life to keep learning new things. It keeps your mind fresh and the autopilot in the off position.

And disregard any conflicting advice that people might give you.