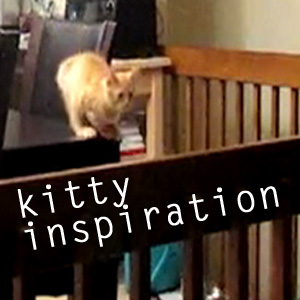 Some choose not to let the laws of physics slow them down on their quest of ultimate worldly domination.  This brave young hero, a cat, a kitty cat at that, demonstrates a bravado that hasn’t been seen by a feline since the days of a matured Simba.

Ultimately in the end of this tragic quest to defy the constraining laws laid out by Sir Isaac Newton, our kitty hero and friend, proves that not even determination is enough to overcome pure stupidity.